Why Ten to One Works: Less Sugar Intake

In 2012, New York Mayor Michael Bloomberg announced the Sugary Drinks Portion Cap Rule (aka the Soda Ban) prohibiting the sale of sugary beverages of greater than 16 ounces. His administration had successfully curtailed smoking in restaurants and bars, a move that inspired similar ordinances nationwide, and supporters of the Soda Ban considered the new measure a concrete proposal to respond to the epidemics of obesity and diabetes that have afflicted the country. (Diabetes is the seventh leading cause of death in the U.S.) New York courts tanked the rule, saying that the Board of Health had exceeded its regulatory authority, but not before soda companies had undertaken a counterattack, hiring canvassers to solicit signatures on the street and even launching a perverse television ad campaign claiming that the rule would adversely affect lower-income families.

THE CASE AGAINST SUGAR One wonders whether the debate might have been different if everyone involved had been able to read Gary Taubes’s blitz of a book, “The Case Against Sugar.” In his 2010 best seller, “Why We Get Fat,” Mr. Taubes argued that carbohydrates like grains and starchy vegetables were behind the obesity epidemic. “In a world without cigarettes, lung cancer would be a rare disease, as it once was,” he wrote. “In a world without carbohydrate-rich diets, obesity would be a rare condition as well.” This time around, he focuses on the “unique physiological, metabolic, and endocrinological effects” that sugars have on the human body, how they trigger obesity and diabetes, and the role that the food industry has played in covering up sugar’s contributions to our national health crisis.

Mr. Taubes’s argument is so persuasive that, after reading “The Case Against Sugar,” this functioning chocoholic cut out the Snacking Bark and stopped eating cakes and white bread. It was easier than I expected: Within a week, I was so sensitive to sugar that I could taste it in the weirdest places; in a restaurant salad, for instance, and in my organic yogurt. When I ate a piece of Thanksgiving squash pie, it made my head buzz. I felt like I’d just taken a hit off a tank of nitrous oxide.

For me, getting off sugar was a health tweak, but for many Americans, it may be a matter of life or death. More than 35% of Americans are considered obese, and the health risks of obesity include Type 2 diabetes and heart disease. Almost 50% of Americans have diabetes or pre-diabetes, a condition that features higher than normal sugar levels in the blood—sometimes much higher. Diabetes has long been considered the penalty of obesity, and obesity, reports Mr. Taubes, has long been blamed on a couple of deadly sins—gluttony and sloth—and the consumption of “all calories together, rather than sugar by itself.” The idea that we get obese because we take in more calories than we expend is a notion so ingrained in public-health conversations that “arguments to the contrary have typically been treated as quackery.”

“The Case Against Sugar” builds upon the case he made in “Why We Get Fat,” carefully laying out the science to show that a sugar calorie is not like a spinach calorie but “triggers the progression to obesity, diabetes and the diseases that associate with them.” Here’s how. Sugar is a simple carbohydrate. Carbohydrates in your food are the source of glucose in your blood, and glucose powers your cells. Insulin is a hormone that transports glucose from your bloodstream into your cells and, as Mr. Taubes puts it, “signals the fat cells to take up fat and hold onto it.” Under normal conditions a cell has abundant receptors for insulin and has no problem processing the glucose. But if you consume high, constant volumes of maple syrup, corn syrup, agave, honey, raw or refined sugar, your pancreas responds by producing more insulin, and cells adapt by reducing their responsiveness to it. (The same thing can occur when you eat refined starches like white bread, white rice and potatoes; they are digested so rapidly they flood your bloodstream with glucose.)

What happens next? Basically, the cell stops listening to the insulin knocking at the door. This is insulin resistance. When the cell starts refusing to take glucose from the blood, glucose builds up in the bloodstream, causing the pancreas to make even more insulin, which (you will recall) tells the cells to hold onto your fat. It’s a feedback loop that causes obesity and culminates in Type 2 diabetes. (Type 1 diabetes, which is less common, derives from insulin deficiency.) The link between obesity and Type 2 diabetes is one of such interdependence that the term “diabesity” has been coined.

Methodically, relentlessly, Mr. Taubes argues that “bad science” over the course of many years primarily blamed obesity, diabetes and other “Western diseases” on overeating or lack of exercise or both. This mistake, made by clinicians starting in 1907, became institutionalized because the medical field tends to be obedient to “a small number of influential authorities.” But as the evidence against sugar built, and more researchers reported the correlation between sugar calories, obesity and diabetes, the food industry moved in to protect its turf. Mr. Taubes cites one 1953 ad in which Domino Sugar claimed “3 Teaspoons of Pure Domino Sugar Contain Fewer Calories than One Medium Apple.” That’s a little like saying a cubic meter of methane gas costs less to produce than a cubic meter of sunshine.

“The Case Against Sugar” is a history of the food industry and the medical science that has both supported and denied the role of sugar in disease. It explores the addictive aspect of sugar (which anyone with a toddler is familiar with); the “peculiar evil” of marketing sweets and sweetened cereals to children; and the industry’s 60-year effort to shift the blame for obesity and diabetes to saturated fats and behavior. In the 1960s, for example, the Sugar Association, a trade group, became concerned about the emerging evidence linking sugar to diabetes and heart disease. It worked hard, Mr. Taubes claims, to “combat the accumulating evidence from researchers,” by financing industry-friendly research and besmirching the credibility of scientists whose research suggested that sugar was unhealthy. These efforts were successful enough to influence the language of FDA reports on sugar in 1977 and 1986, as well as the first government-compiled Dietary Guidelines, released in 1980, which unsurprisingly declared that fat caused disease.

Opinions began to change in 2007 when the “Sugar Papers,” a trove of internal documents detailing the relationship between the sugar industry and medical researchers in the 1960s and 1970s, was discovered by Cristin Kearns, the general manager of a large group of dental practices. The trove—which she found by (wait for it . . . ) googling—revealed that the sugar industry had worked with the National Institutes of Health to create a federal program to combat tooth decay in kids that did not recommend limiting sugar consumption. Mr. Taubes convinced me that these food companies deliberately set out to manipulate research on American health to their favor and to the detriment of the American public.

As the author’s own account shows, he is hardly the first to warn of the toxicity of sugar. But busting sugar is tough: In the early ’80s, high-fructose corn syrup replaced sugar in sodas and other products in part because refined sugar had developed a reputation as generally noxious, and corn was a vegetable, for God’s sake. This is a bait and switch. All sugars produce the same biological results if you consume enough. Soda is a particularly pernicious way to overdose on sugar because it’s just sweetened water—drinking a can of Pepsi® doesn’t seem analogous to eating cheesecake.

This year, San Francisco became the first American city to require health warnings that say: “Drinking beverages with added sugar(s) contributes to obesity, diabetes, and tooth decay” on public advertisements after the beverage industry failed to get a court order to stop it. Starting on Jan. 1, Philadelphia will be the first major city to institute a 1.5 cent per ounce tax on sodas and other sugary drinks. But the battle goes on. Between 2009 and 2015, soda companies spent $106 million opposing local and federal public-health initiatives, according to Mr. Taubes. Just last year this paper ran an article about the Global Energy Balance Network, a nonprofit funded by Coca-Cola® that “suggested Americans were overly fixated on calories and not paying enough attention to exercise.” The story will sound familiar to any reader of Mr. Taubes’s book.

“The Case Against Sugar” should be a powerful weapon against future misinformation. In 2015 the New York Times’s health columnist Jane Brody reported that she’d heard people saying: “Let me know when the nutrition gurus make up their minds and maybe then I’ll change my diet.” Well, there is a lack of agreement about the amount of sugar that can be consumed in a healthy diet. But “ultimately and obviously,” writes Mr. Taubes, “the question of how much is too much becomes a personal decision, just as we all decide as adults what level of alcohol, caffeine, or cigarettes we’ll ingest.” Consider the evidence. Decide for yourself. 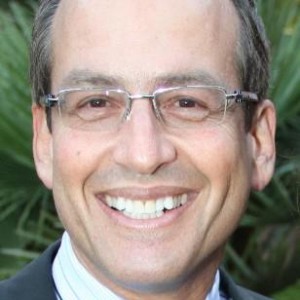 Great cosmetic surgery results provide tremendous value for your lifetime. With more than 30 years of experience and over 40,000 surgeries performed, Dr. Laverson is a highly regarded plastic surgeon both locally in San Diego and internationally. Google+ How to Get Rhinoplasty Covered by Insurance